Marshal Young succumbed to gunshot wounds sustained when attempting to effect an arrest on disorderly subjects. A twenty minute gun battle ensued in which marshal young and two other individuals were killed and two wounded. Marshal Young was a civil war veteran who had been with the agency for four years and was survived by his wife.

Mount Sterling, Kentucky was settled in 1792 by Hugh Forbes, a Scotsman who held a land grant near an ancient tribal burial site known as "Little Mountain." In picking a name for the growing settlement, Forbes combined the name of the mound with Stirling, a town in his native Scotland. The Mount Sterling Police Department originally started operations in 1792 as a Town Marshals Office and became a municipal city police department in July 1894 with the appointment of four city police officers by the city council. At present there are 7,051 city residents but Mount Sterling is a hub community for the surrounding communities and at any given time there are approximately 30,000 persons traveling through our city. 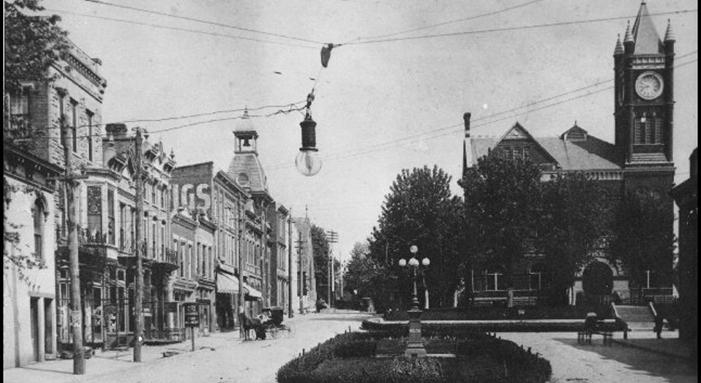 Deputy Marshal John Gill was shot and killed while assisting another deputy marshal arrest a drunk and disorderly man. They had taken the man into custody and were taking him to jail when they were approached by the town marshal of Farmers, Kentucky. The other town marshal leveled his pistol at the officers and ordered them to release the prisoner. The officer complied and the subjects then headed toward the depot. A posse was formed and converged at the depot to recover the prisoner and to take the other town marshal into custody. When the posse arrived at the depot the man opened fire, killing Deputy Marshal Gill and wounding another man before he was subdued. The Farmers town marshal had forcibly abducted a girl the previous night and she was found at the depot and returned to her father. The town marshal was sentenced to 21 years in prison for Deputy Marshal Gill's murder. In 1893 the Kentucky governor rejected a request to pardon the man.

Anonymous tips can be

submitted at the above

Cause of Death: Gunfire      Date of Incident: Saturday, June 15, 1895        Weapon Used: Gun; Unknown type       Suspect Info: Executed in 1895 Policeman Evans was shot and killed as he and another officer investigated a disturbance at a local saloon. The suspect opened fire on both officers as they entered the saloon. The first shot struck the other officer's badge, and glanced off. The second shot struck Policeman Evans in the groin, fatally wounding him. The officers returned fire, wounding the suspect. Policeman Evans succumbed to his wound the following day. The suspect was recovered from his wound. He was convicted of murdering Policeman Evans and was sentenced to death. He was hanged August 16, 1895. Policeman Evans was survived by his wife of 10 days and several stepchildren.